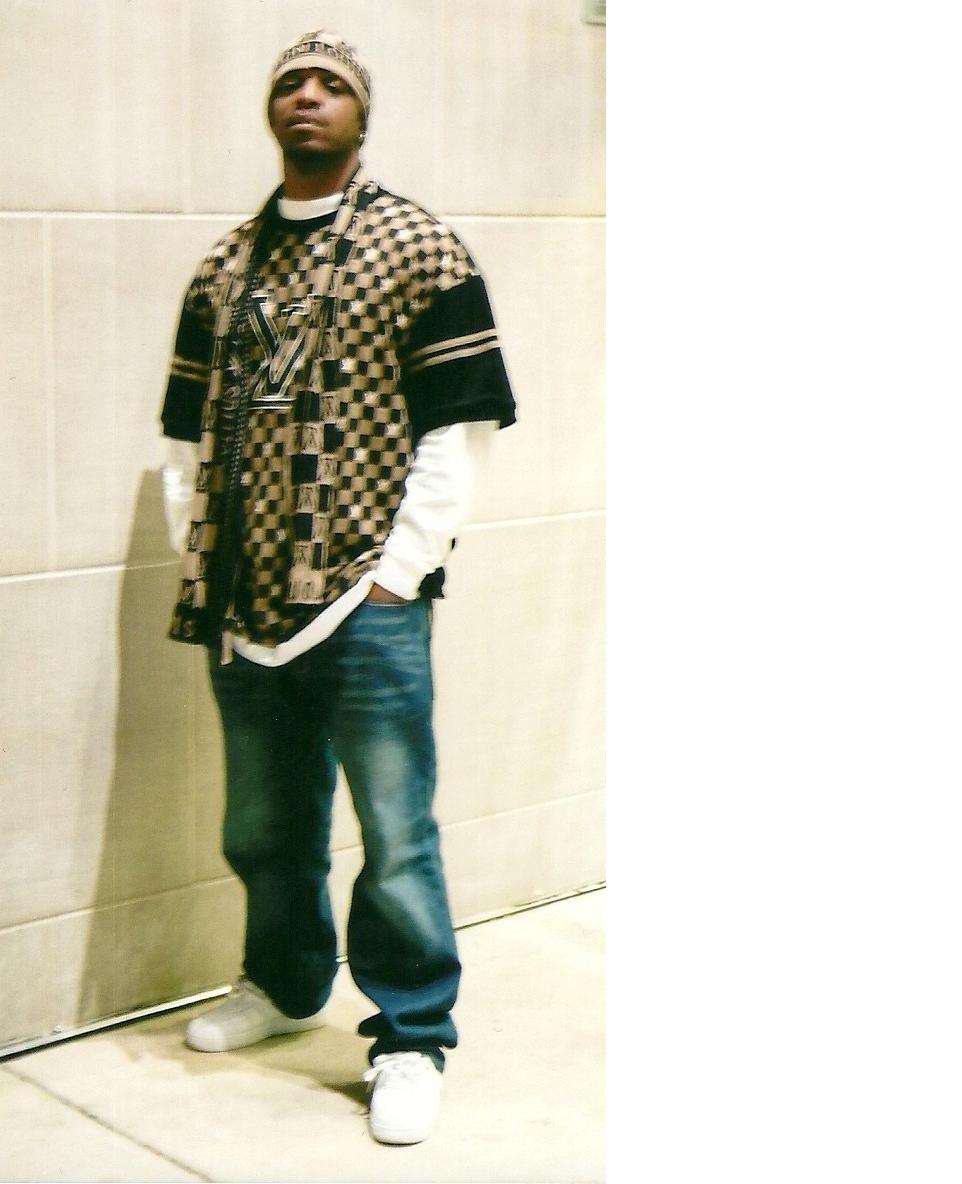 My name is Mardisco “Rico” Staples. As an adult now, I can look back on my life and reflect on some of the things I did and the lessons I learned. And, I can thank God to be alive.

I first got in trouble at the age of seven. Without a mother or a father in my life I was hanging out in the streets with my older brother. My first run in with the law was when I broke into a truck and trespass in an abandoned building. I was supposed to come home the next day, but my mother didn't come pick me up. So, I ended up in DCFS, who released me to my grandmother.

My grandmother was older. She really couldn't do anything with me. So I ended up in a foster home in Decatur.

I was put in an all white school. I felt out of place and alienated, that made me act out. I ended up terrorizing the neighboorhood. As a young boy growing up around drugs and other elements of the streets, I was being taught that I could get more satisfaction in the streets than going to school. When I did focus in schools actually did very well. But, I was skipping schools to go hang out with the older guys in the streets.

Then my life took another turn when my uncle died. He was my favorite uncle. I was really hurt and yetI went to the funeral, I didn't cry. Then like two months later, I just burst out crying one day.

Just after losing my uncle. I lose my family. I can remember the caseworker telling my brother; if I didn't do better they were going to take me away. But, they didn't come around too often, so I didn't take it seriously.

Then one day, when I was 10 yrs. old DCFS decided to move me to Chicago. They took me to a group home. I did not want to go. I can remember feeling alienated again. I was feeling like they got me way up here, and there is no way that I can get home to see my family. It was like a year before I got to see my family again.

It was a coed group home. So naturally at the age of 10 the guys and the girls started liking each other. Many of the kids used to run away together.

My best friend was, Tony Sned he got kicked out group home. Once again I had lost contact with someone close to me. This hurt.

Life in the Chicago's group home was hard. There were gangs all around the group home. Every time I had to walk out our front door I had to face gangs. It was impossible to ignore them.

One time I was coming in from a weekend pass. I was getting off the L train. I had my hat turned the wrong way and I didn't pay attention to the fact that I was in the Latin King's area. Then, a group of people can up to me to fight. So, I said that next time I go home I needed to carry a gun to protect myself.

Life in the Chicago's group home was hard. There were gangs all around the group home. Every time I had to walk out our front door I had to face gangs. It was impossible to ignore them.

One time I was coming in from a weekend pass. I was getting off the L train. I had my hat turned the wrong way and I didn't pay attention to the fact that I was in the Latin King's area. Then, a group of people can up to me to fight. So, I said that next time I go home I needed to carry a gun to protect myself.

The next time I went home I did in fact come back with a gun, and I showed it to someone. I got called into the administration office and questioned about the gun. They ended up calling my case manager to pick me up. I had to leave this group home.

I came home in the 90's – I started getting off into a lot of things. When I think back, I think that it is pretty amazing that I am still alive. I thought being back home that things would get better, but it got completely worse. I started carrying guns. People started shooting at me and I started shooting at them. Around then I got charged with unlawful discharge of a fire arm and sentenced to St. Charles juvenile prison.

Then, I got into more trouble while incarcerated. One day I got into a fight over a mop bucket. Being taught from my brother, I learned that if someone messes with you while in prison you have to stand up for yourself. I was locked up in the hole for 9 months. When I got out they sent me to Valleyview where more trouble followed. My 3 mth. sentenced then it turned into three years. After getting in a fight.

While in Decatur I received a parole violation for drugs then I had to go back into juvenile prison, until I was too old to stay at the age of 19yrs.old. By then, DCFS didn't want anything else to do with me.

REGARDLESS OF WHAT I HAD DONE WRONG,

GOD SAW ME WORTHY TO SAVE MY LIFE.

God saved me from dying in a car major car accident. One day while driving on Bradley, doing about 80 mi. I accidentally threw the car into reverse, the car started flipping. I was trying to get under the dashboard, but I couldn't. Then suddenly, I saw a bright light. It looked like I was looking into a tunnel. I couldn't even see my friends that were right next me.

After the accident, I am so glad that I didn't get under the dashboard. The backseat was all the way in the front. It was a miracle that everyone was ok.

WHAT I LEARNED AND WHAT ADVICE I WOULD GIVE

As a young child, I was a product of negative influences with no parental figure to help steer me in another direction. I was also filled with the pain of always losing people that were close to me. However, I have to admit that I didn't want to change, so I did not take advantage of the opportunities that I had.

I would advise a child growing up in a negative environment to try to be better than what your environment is trying to make me you be. As a foster child, if I was in that situation now, I would have taken advantage of those opportunities. Being a foster child is not always bad. My advise to a foster child is to focus on being the best that you can be in your life.

Now, I pray to GOD for help everyday. You don't have to go to church to have personal relationship with GOD. He has made me stronger. I no longer sell drugs. I believe that if I can just keep moving forward I will get there. Now I spend a lot more time with my family. And enjoy the simple things in life.

I am now taking classes for ex-cons to help me escape the prison within. You can still be trapped mentally in prison. I now set short term to long term goals. I have matured and become more patient. I take time to rationalize my actions to consider whether or not something is worth me doing.

I want to help troubled teens get their mind right. I don't want any child to go through what pain I went through. If you are an adult that wants to help a troubled teen my advice is to be a life long friend that is willing to forgive and still love that child, just like GOD loves us.