It is time to come together. 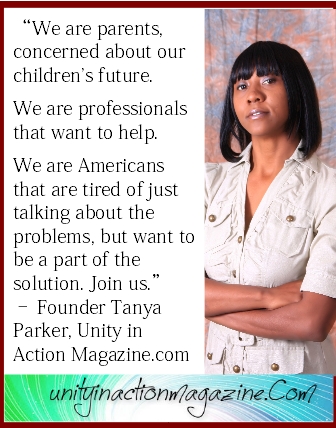 The political environment brings to the light the negative stereotypes and perceptions of black people that many in power still hold.

The political environment brings to the light the negative stereotypes and perceptions of black people that many in power still hold.

In regards to history, we have to think about the psychological effect of our past experiences on our lives today. Clearly, racism is still strong in America. It is not just against blacks, but poor too. What we can’t do is continue to ignore that it exists because, WE are all in this together!

When someone decides not to hire someone because they are black, that equals to one more unemployed. It is clear the crisis in the justice system, banking industry, media, entertainment, housing, and some members of the House of Representatives and other political posters during the Obama Era have been found to be a racial discrimination cancer on the community.

In regards to the War on Drugs- Where is the funds to rebuild the war torn area, that has been impacted by your war?

On the streets, the War on Drugs is the biggest trap and lie. We watch celebrities sent to resorts for rehab, several times; meanwhile we have our fathers going to go to jail for a lesser crime. There are too many tears to ignore. The children are affected the most.

The biggest issue today is that it continues to intricate into the daily life for African-American people in America. It is to the point that people live in fear, loose hope, and drive.

People are still afraid to speak up. The daily injustices continue, because history has shown us that nothing will be done about it. The stories from the past sound similar to the stories of the present, thus history is standing still on the issue of racism.

These stories need to be told, heard, and empathized to create a change. As African-American people we have to start report injustices to the news. WE ARE YOUR NEWS!”

INSIDE:
REMEMBERING KIWANE CARRINGTON:  15 year old Kiwane Carrington, SHOT and KILLED by POLICE while trying to break into his home after getting out of school early. He forgot his key...
IMPROVING OUR JUSTICE SYSTEM:  “For those who think the criminal justice system have been fair toward African American people let me remind you...”
YOUR VOICE ON TRAYVON
https://mail.google.com/mail/?ui=2&ik=7518d9d881&view=att&th=1403ac45a52e2d08&attid=0.1&disp=safe&realattid=1442185294917926912-1&zw" target="_blank" rel="nofollow">ARTIST SPOTLIGHT: J TUNE

Walmart employees are standing up in unity to speak out about the issues that they have been suffering with for years.  In 2007, I interviewed Shaundell a former, disabled employee who shared, "My first day of work around Christmas time I was scheduled to work for 24 hours.  It was my first day of work, so I didn't want to complain.  I then got fired because I dozed off to sleep."

Speaking to him at the time I thought it was just one isolated incident.  But, if other's would take a second to speak out and share their stories then we can help correct the issues that plague underserved populations.

Have a Felony? Consider Starting Your Own Business

Shanna McGuire is a successful business owner that employes 30 people, does business not only locally, but on the State and Federal level. She is also a active church Reverend and volunteer. But, her life was not always on this fast track forward. It was going just the opposite. McGuire said her life of crime was based on the need to make money to live. Her first felony was for a bad check. While incarcerated she was accused of scratching a police officer. Instead of arguing the case she accepted another felony charge, so that she could get out of jail.

McGuire says, “I was the first person to be featured in The News Gazette's Most Wanted. I have now been featured three times for my business accomplishments.”

In her testimony she spoke of the challenges that persons with felonies face trying to live rehabilitated lives after they have done their time. But, she said no matter what don't go back, keep moving forward in a positive direction.

McGuire shared advice for the over 2 million Americans with felonies:

1. Stay busy. Keep doing positive things that can help you.

3. Stop complaining. We have to make a way to move forward. We have to deal with the situation we are in the best that we can.

4. Instead of waiting for someone to give you a job, create a job for yourself. Start your business with research. Find out the facts and identify the resources to help you.

5. Be thankful. Though it is hard find thanks in the little things. Thanks to be free.

7. Volunteer. This is a good way to restore your good name in the community.

8. Don't turn around. There are too many good things on the other side.

10. Be totally honest on your application.

11. Read the fine print carefully to see if it applies to you.

“I challenge all mainstream media- radio, TV, print, and online to step up and be more socially responsible. Example, if you have all kids calling in on your radio show then stop with all the sex and violence.”

CCCTC will provide products, services, and workshops to the community that will support the area's economic growth. This will provide opportunities for our students to gain hands-on experience.

Training- CCCTC training is designed to deal with literacy challenges, offers flexible schedule and a combination of classroom and hands-on training.

Participants will have an opportunity to put their skills to work as they practice real-life application of what they learn.

Instead of spending 20 million on a new jail. Renovate the existing jail as you agreed 10 years ago for 5 million (more than you need) and spend

Unity in Action Magazine is just one part of the plan. Innovation in technology changes every month; I challenged myself to create an innovative approach to socio-economic development. I started with what the people needed, and worked my way up. Some of the things that I realized is that there were a lot of great things going on in our community, but no one knew about them. Also I recognized that people needed to share their perspectives with each other- between people, between agencies and the people, between people and government. I realized that in order to help any of the people or families grow, you also have to address the mindset of the peers around them at the same time.

Unity in Action Magazine helps to improve the community by sharing more information, education, and perspective on issues that affect families and our community. I believed that working families had the best ideas on how to improve issues like education and I wanted them to have a voice. Also, there are so many great things going on the community that busy working families don't hear about. Especially with all of the news and important information that is shared online, it is really hard to keep up on the news that affects you and your family.

Parker has developed a plan to create jobs in America at an exponential rate.

We have to meet people where they are. Growing through construction is good, but it won't be enough because people don't like to do construction and math is a weakness in the under-skilled workforce. My plan addresses these concern and more, while creating transitional job opportunities that promote the growth of the economy as a whole.

The root cause of many of today's social and economic concerns is money, people need and want jobs.

I BELIEVE, We Must Stand Together for Love, Peace, and Unity.

After graduating from the University of Illinois with a BA in Economics, I took a high paying job as District Manager of a grocery chain. After working an average of 55 hours per week, it didn't take me long to testify that money can't buy you happiness. I would rather live with a purpose- GOD'S Purpose.

I prayed to be his slave, while in tears at one of my weakest points. I had no idea the level of spiritual warfare that I was up against. I lost everything in a house fire, persecuted by those I loved, had years of work destroyed several times, and still living in poverty just to name a few. I believe GOD made me a witness to life struggles, so that I have gained compassion and understanding.

I believe GOD has given me an assignment to help improve social and economic conditions. Racism, injustice, & greed are threatening the strong fabric of our nation. Today our nation is at a crossroad. Our fore-father's led us through with the trust of GOD in their hearts, not hate. We must not look back but stand together and move forward to help improve our economy, end the suffering, and restore faith in the American dream.

Most American's have one thing in common, we just want to provide for our family, worship, and live in peace. African-American communities have been living in a state of depression and recession for decades before America's 2007 economic meltdown. Mainstream media does a poor job of portraying African-American and poor people, which perpetuates negative stereotyping that feeds racially motivated actions. I want to change this. After Obama's election the reality of just how much racism and economic class is still operating within our system once again surfaced as being undeniable. What also surfaced is the masses who believe that the new generation of Americans has moved beyond race enough to realize that it is just a bunch of rich, selfish people isolated from the diversity of America and too ignorant to see the power behind Unity. There is enough for all of us...stop the oppression, stop the greed, stop the hate.

We as American's have to prove to the world that democracy works for the masses of the people in the country. Not just the people that happen to make it to the polls that day. In all of our advancements in technology when are we going to create a more 21st Century approaches to voting. For those that think that we are still in the “Jim Crow” era and parents raising their kids to judge people by the color of their skin need a reality check. You are NOW the minority.

Parker's Thoughts on Travon Martin Case: What I ask Zimmerman:

“If you were scared why did you chase him. If you were chasing him then Trayvon was defending himself when or if he punched you.

What about all the men in jail for shooting someone that shot at them first?

So, every street fight has the right to kill?”

Do you think Champaign County should spend money on a new jail?

Do you think Champaign County should spend money on a new jail?

Local social justice groups ask for your support in saying NO to a new jail; and YES to first funding community-based prevention programs.

“We need to invest in people, if our community is improving less people will go to jail."- Tanya Parker

How can we improve law enforcement?

How can we improve law enforcement?

The Toughest Job of All? Finding Work with a Felony Conviction

Nationally the unemployment rate continues to hover above 9%, nearly double that for African-Americans.  This makes it hard for anyone to get a job.  But as if it's not bad enough for everyone, some people have it even worse.  I'm talking about those who have felony convictions, especially those who are on parole.  In the past many thought of such people as outcasts-the marginalized troublemakers of society.  Times have changed.  There are more than thirteen million people in the U.S. walking around with felony convictions.  We have something like five million people on parole and probation.  We can't keep this many people at the margins forever.  Read more in the Oct. 2011 issue of Unity in Action Magazine.